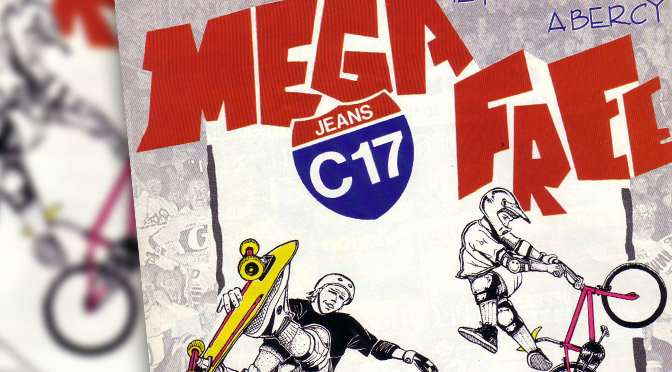 Sunday, February 12, 1989, some of the best american freestylers join again the famous Palais Omnisport of Paris-Bercy in France on a huge halfpipe for a European round of the famous King Of Vert organized by Ron Wilkerson. A crazy event retransmitted live during 45 min on french TV channel FR3… 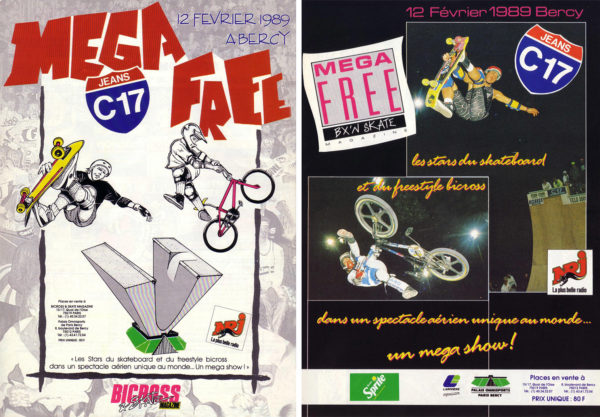 This second edition of the Mega Free will leave a slight bitter taste to the bmxers who did not have the chance to be in Bercy that day and who feverishly waited the direct in front of their TV… Only 15 min of BMX out of 45. Only the runs of the « pros », and no image of the « amateurs » category  which, according to french “Bicross Magazine », was a blast! The best part had been given to the skate and to a Skatemaster Tate (R.I.P) live.

But 28 years later 2 old Hi8 cassettes have been found, preciously preserved by Mr Jacky Frattini (*), with more than 2 hours of totally unpublished images of this event filmed from the inside. From practice to awards ceremony! This unseen raw footage is history! 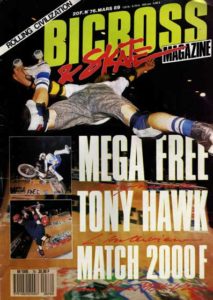 The first video plunges us behind the scenes of the Mega Free with the best French rampriders of the moment testing the monstrous ramp: Michel Delgado, Régis Gaudrot, Jean Somsois, Johnny Petit and Philippe Pereira (R.I.P), the latter being the only one who will participate in the contest « Experts » with Mat Hoffman, Dave Voelker, Lee Reynolds and Chris Potts! Philippe literally flies over the ramp, with his front brake broken, and one feels it quickly intimidated when the Americans arrive for practice. The guys are cool… Ron Wilkerson comes out of a week of coma, it’s his first contest since he took over the bike; Joe Johnson, looking very young, throws his tailwhip-airs never seen before in Europe; Lee Reynolds goes really super high, with the smile; Dennis Langlais seems to be totally jetlagged; Mat Hoffman is also out of 3 days of amnesia after a bad fall at home, not knowing why he is in Paris (see the excerpt of his book on the 23Mag), he skates the ramp to warm up before returning to his bike; 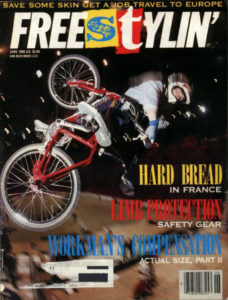 Dave Voelker rides his own style as usual; Brian Blyther makes aerials 10 m wide… in short, all witnessed by a Spike Jonze with a red bonnet and a Kevin Martin on wheels!

This dive behind the scenes also allows Jacky Frattini to give us a little insight into the architecture of the halfpipe, in good professional ramps builder he was! Then you assist to the small briefing of “Bicross Mag” staff, Didier Coste and Killer Pedro, with the French clan before the show. The rampriders were joined by José Delgado, Woody Bonnot, Armen, Valéry Boteteme… Like « the icing on the cake », they are all there to open the show of the americans and ride the street area… We let you discover the images…

The second video starts from the POPB locker room, a few minutes before the show, a joyful mix of skaters and bmxers at liberty, ready to give it all… Then it is the fire with the entrance of the French in the overheated Bercy Arena. Excited street riders have fun on the weird street area,  before the presentation  of those who will destroy the ramp, starting with Ron Wilkerson! And then… and then it’s the KOV « experts »! Pictures that we’ve never seen before, except a few pictures in Bicross Mag or Freestylin’, or on the jacket of a fucking fake VHS. 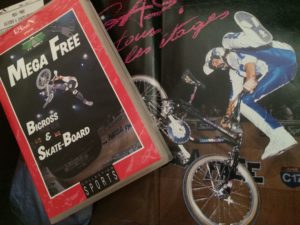 Mat Hoffman is on fire, « Extramotivated » (as he says in his book when he talks about the Mega Free), we finally discover his first tailwhip-airs that were thought reserved at the time to Joe Johnson, then starts the complicated combos… Lee Reynolds is really impressive of height, ride super clean, his cancans are super stretched, his inverts well upside down… the journalists of the time had not lied! Philippe Pereira does not allow himself to be intimidated anymore, encouraged by a Jacky all excited behind his camera, cancan-lookback, no-hand-into-lookdown, pendulum, daring attempt of cancan-no-foot-into-indian-air. He innovates, he dares, and can be proud of his fourth place!
Then the pros invade the halfpipe, images that are still in the lead thanks to FR3, but from another angle this time and without french journalist and ignorant stupid comments. Great atmosphere! The skaters come to enjoy themselves in the form of jam, under the eye of the bmxers who would like to return teasing the ramp. This is the moment that Régis Gaudrot chooses to get into the show and send his vert routine, before being followed during the break, and therefore in an empty Bercy (!), by the americans… The show resumes 15 min later with the street bmx, new discipline at the time. Totally new images! The americans have fun on a street area not really optimized, joined by a Jean Somsois excited… It is a funny mess, it rides in all directions! Finally more fun than spectacular! But it is especially the beginning of the medial coverage of street riding in our sport! « A page of history« , said Bicross Magazine!

Loulou Bernardelli then launches the award ceremony, a very special moment when Philippe Pereira receives his cup… Then it is a festival of anything with a Ron Wilkerson snatched by the public in delirium, the distributions of stickers, jerseys, knee pads, shoes, and other socks… Enjoy this footage proudly brought to you by oldschoolbmxfrance.com:

And if you want to watch the french FR3 live, it’s here:

A few weeks later, Screensport, the pan-European sports TV channel, broadcasted a replay with unpublished images of « experts » and street. Thanks to Neil Waddington for the discovery:

(*) For those who don’t know, Jacky Frattini was at the time the manager of the free « Vélo 2000 » team, including Philippe Pereira, Valery Botteme, Jean-Claude Loubrier, Armin Batoumeni … He was also the creator of the famous spot of Longjumeau, with its mythical ramps and its numerous freestylers! Jacky actively participated in the development of BMX freestyle in France and the rise of the kids he was looking after, Philippe Pereira first, and his camera was never very far…  We are therefore super happy to be able to offer you this exclusive video testimony, thanks to the complicity of Jean-Claude Loubrier who digged  the cassettes out and Vincent Garreau who brought out an old Hi8 camcorder from the attic! A true big big thank to them!